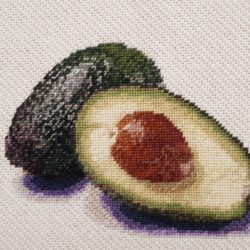 Anita was taught simple embroidery on Aida fabric with a large blunt needle at age 3.  She was taught to knit age 4, learnt to crochet age 6, and started making her own clothes age 10.  From age 16 she attended a Fashion & Pattern Cutting course at Art College, where she gained an Embroidery Art & Craft A level and won various prizes including Best Knitwear (2 years running), Best Design in Category and Best Manufacturing for Imbex Menswear Competition, and Most Commercial Glove design.  On graduating from Art College, Anita successfully entered the hand knitwear industry working with major yarn spinners and publishing houses for whom she designed knitwear as well as wrote knitting patterns. She also worked within publishing industry as a Section Editor on a craft publication, and has written a book on ribboncraft, which included some ribbon embroidery.

Anita is now a graduate from the Royal School of Needlework where she attended the Future Tutors course during which she studied the skilled art of traditional hand embroidery to the highest level for three years.

Alongside Future Tutor studies, Anita worked on the hand-embroidered textile for The Duchess of Cambridge’s ‘Back to Nature’ garden at the RHS Hampton Court Garden Festival (2019).  She also part of a team who worked on a Bon Marche Chair at the RSN, during which time she was filmed and subsequently appeared on Salvage Hunters: The Restorers (August 2020).

Having previously only had experienced demonstrating to students face to face, during 2020 Anita embraced teaching Embroidery classes online via Zoom.

Anita’s work has been exhibited on the RSN stand at Knitting & Stitching Shows, as well as at RSN exhibitions at Hampton Court Palace.

Specialised in
Anita loves all forms of hand embroidery, however she particularly enjoys Raised Stumpwork, Whitework, Canvas work and Appliqué.  She particularly enjoys conserving and restoring textile pieces giving them a new lease of life.
Open to the Public?
Yes, by appointment only
Provides Course / Training
Yes
Available for Craft Fairs
Available - please ask about pricing