Although I am an expert maker in many types of straw work, my specialism and passion is the Straw Hat Industry. For more than forty years I have researched the industry and learned the traditional straw plaiting techniques. My research has taken me as far as the USA and to many countries in Europe where as well as undertaking research, I have taught and lectured. I should also mention that until my retirement in 2015, I was a curator in charge of the Hat Industry and Headwear collection at Luton Culture. Over the years I have appeared on TV, radio and film either as a specialist contributor, as a maker or by providing props. Hat Plaiting has now been recognised as a Critically Endangered Craft on the HCA Red List. The need for me to pass on my wealth of knowledge has now become vitally important. For this reason I have started the process of developing an educational website: hatplait.co.uk. My publications include, Swiss Straw Work, Techniques of a Fashion Industry which is a comprehensive instruction book covering techniques used in the Swiss hat materials manufacturing industry. I am also co-author of an instructional book for making Corn Dollies. I am very proud to be a Queen Elizabeth Scholarship holder (QEST) and Founder Member of the British Hat Guild. 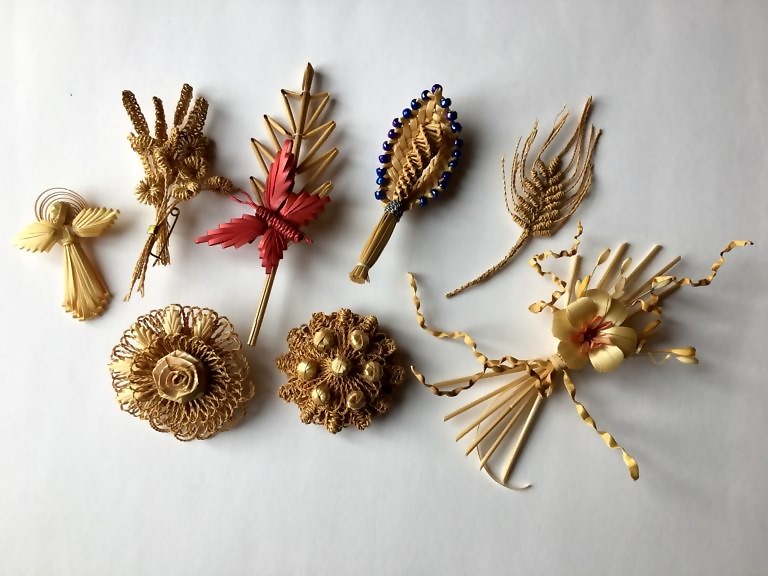 In the 19th century women’s hats were elaborately decorated with intricate motifs made from whole straws, or from split straws, or from two-ply straw threads. Although this industry has died within the hat trade, I still make various decorations, using these old techniques.

The design of this Mell Doll originates in Cumbria, England. Made and harvest time and given by the farmer as a gift at Christmas time. 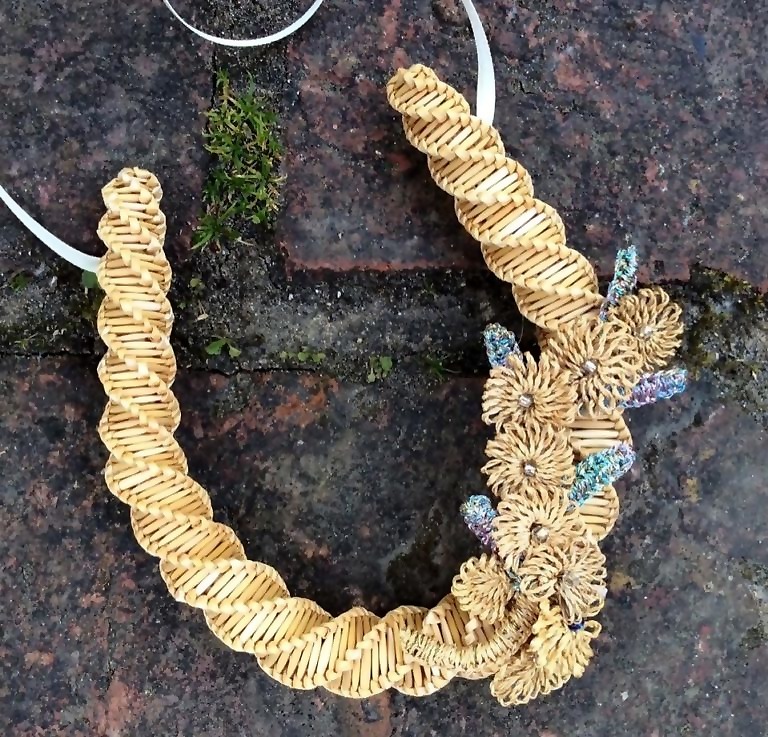 This spiral-plaited horseshoe is decorated with motifs used in the 19th and early 20th century hat industry. 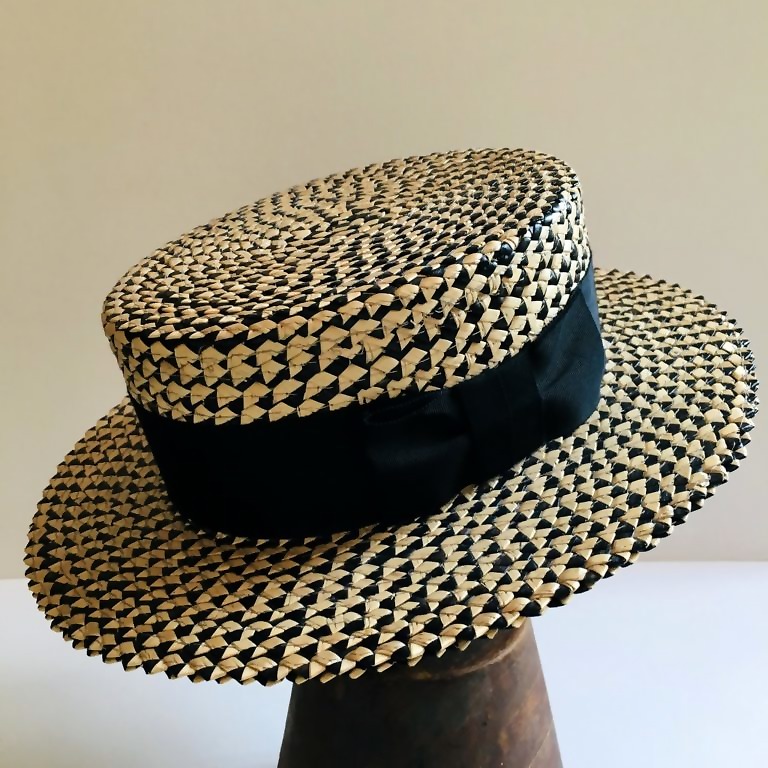 Making the 25 yards (23 metres) of straw plait required was only part of a much longer hat making process.

The plaiting straws were prepared into short, evenly matched straws from three sheaves of wheat straw. Then the bundles of plaiting straws were taken to Luton, Bedfordshire where they were bleached and dyed. Next I began work to produce the traditional pattern of Rustic plait. Once completed the plait was machine-stitched together, stiffened, blocked and trimmed at the Olney Headwear factory in Luton.  The whole process took nearly three weeks of work.